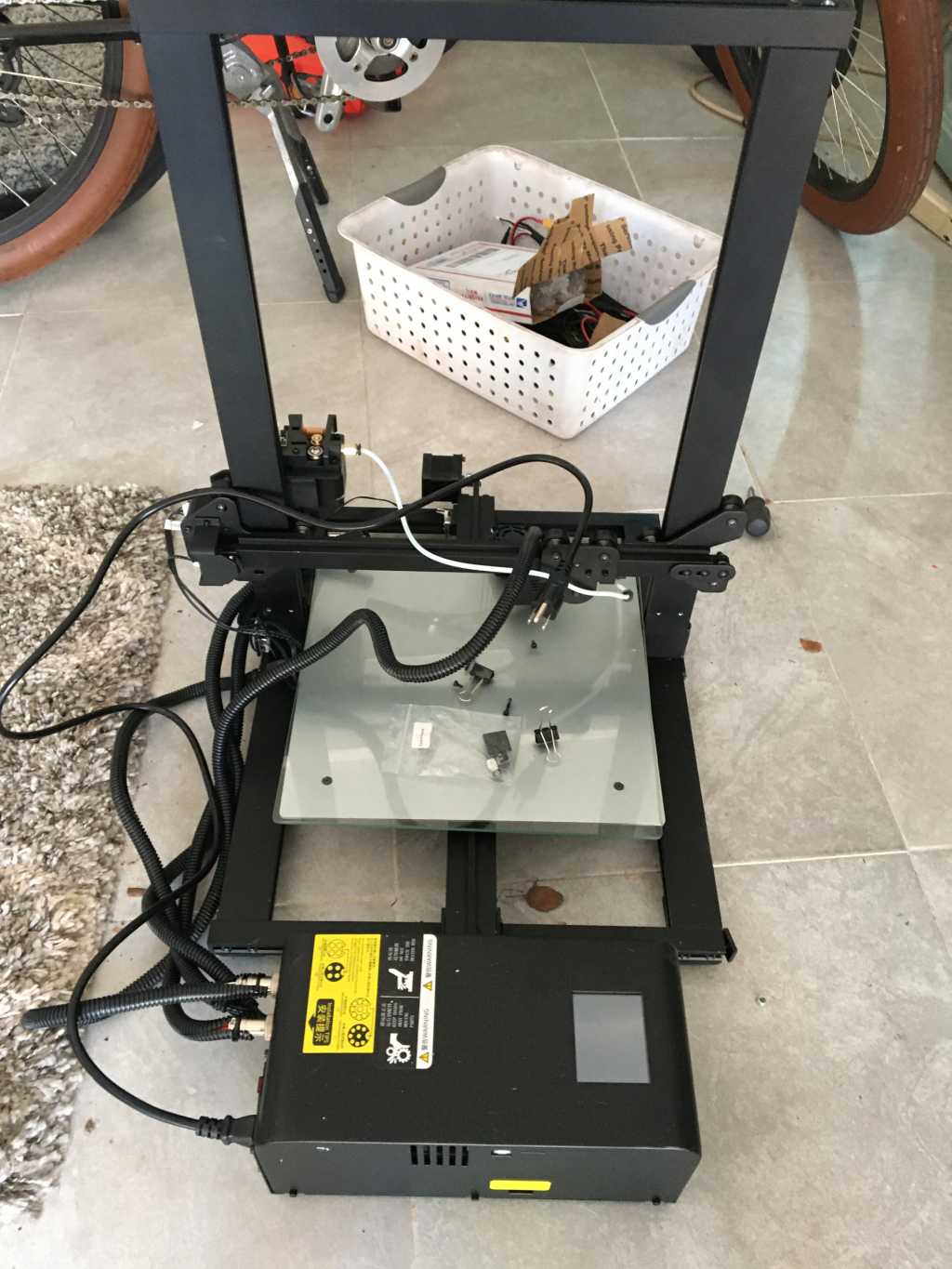 This was my first Longer customer returned lk1 and I though It was gonna be ok, boy was I wrong.

Repair and test :
Replaced the hotend with an updated Titanium Heat Break Thermal Barrel
after trying a couple prints it became evedient the hot end couldn’t get the temp above 190. Further inspection revealed the thermal and heater were new. I ended up running a new heater block and pushing the wires straight through to the main board in order to get the temps up to 220. It looked like I was there.

I figured this would be a good and cheap upgrade to the hot end. After assembly the test prints failed. I even went as far as replacing the complete hotend again only to realize the filament was not being delivered. Turns out the main board driver could not power the servo strong enough to push out the material. At this point I had to conclude the original owner was an idiot and did serous damage to the unit. (i use the term loosely because sometimes I qualify)

Decision Time: Well the time waisted on this makes it a bust out and the replacement mainboard is 70 bucks so Forgeta bout it.

Now to get something out of this unit and the decision is—–Replace the mainboard with a duet wifi control board. (60 smakers) This changes the dynamics of the game because of the capability and wireless connection. So here goes

First you have to mount the board , physical mount, I placed it where the old lk1 board was, then wire it up. At this point it’s time to get a real lesson in Arduino programming because you have to update the code on the duet to current version and also set it up to run on the LK1.

Here are some files you will need and get ready to stress out because if your running a microcrap os it’s a bitch. serial port configuration for one thing, if you get lucky and win finds the board look to heaven, if not consider a different computer

Essentially what your doing is putting the duet into bootloader mode and connecting through the win comport and transmitting the .bin file to the board. This will give the duet a operating system to run

This is where we wind up, a beautiful interface that is connected to the host computer via ip & WiFi

first run was crazy, only had z movement

The upgrade is moving along but the homing causes the unit to act like an core xy setup. when I home either of the axis’s the machine lifts the z then repositions x then drops z

As mentioned above the wiring on the duet requires the use of the outboard pins of the 3pin connector, thus requiring changing out the connectors, it’s just not possible to use the original 2 pin from the lk1.
Then the config file needs to reflect (active low) for the 3 axis’s

Referance before you start your duet install

You need to install slicer software on your PC. While installing or after installing it ask for file types that are support on the slicer. Chose Arduino support, Stl, and gcode support but you are free to select as your need.

If you know the g-code language then you can add them as your need but if you don’t know about g-code then leave them as they or you internet for the best g-code commands to start or end the print.

After configuring the printer profile, import your STL file from the import option in the slicer. you see your model in the slicer.

This install has 2 methods of wiring. The kit comes with a splitter but the Duet2 has both a serial port and you can put the wiring to a separate driver (E1). The benefit of the latter option is the software can drive the 2 motors separate allowing for tilting the bet to get it level

What needs to be here is the code to input for the bedleveling. Working on it. The install uses the separate driver