How to Start a Car in Cold Weather? 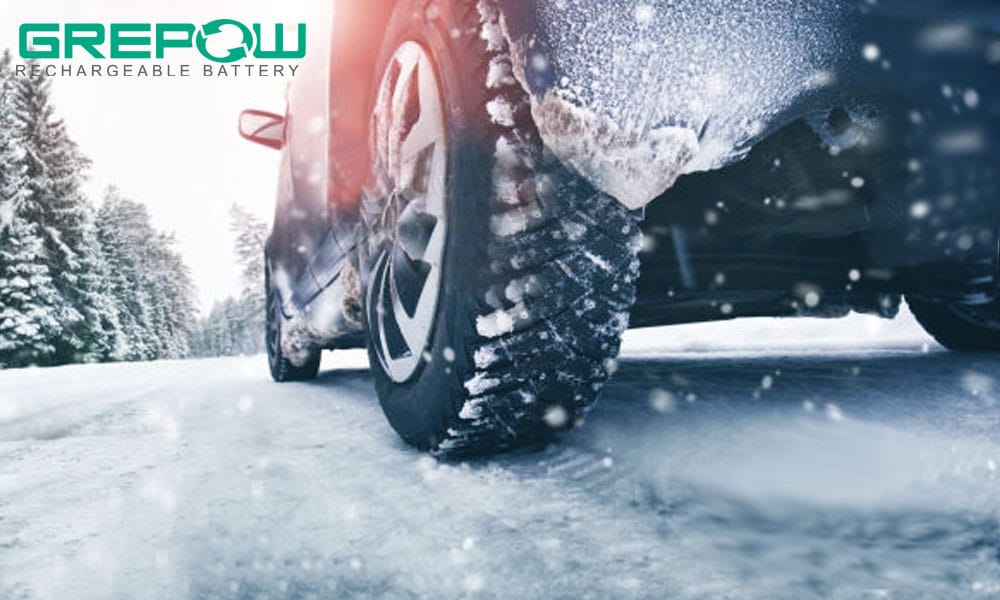 There are many things to pay attention to when driving in winter, such as warming up before driving in winter. However, it is difficult for many cars to start in winter, which makes it difficult for many drivers. So, what is going on if a taxi fails to start in winter? How to solve the problem of not being able to catch a car in winter? The following is an introduction to the reasons and solutions for the car not catching fire in winter.

Why Can’t the Car Start in Cold Weather?

1. The battery is aging or dead

For the engine to run normally, several conditions must be met at the same time: fuel, air, and starting energy.
The most important thing is the starting energy. It is because the spark plug must have the energy to jump the starter, and the starter must also have the energy to run to drive the engine to do work, and their energy is electricity.
Therefore, we often encounter the failure of the car to jump the starter normally. In most cases, it is caused by the lack of electricity, that is, the battery is running out of power.
If the battery is not used for a long time, it will discharge by itself. If it is too long, the battery will be dead. Also, after the car engine stops working, which is what we call the flameout, avoid using in-car electrical appliances. Without the power supply of the engine, long-term use of electrical appliances such as car audio equipment or car headlights will consume the internal power of the battery.

2. The ignition system is malfunctioning

Due to the low intake air temperature in the cylinder, the fuel atomization in the cylinder is not good. If there is insufficient ignition energy, it is easy to cause cylinder flooding, and too much fuel will accumulate in the cylinder, exceeding the ignition limit concentration and unable to start the car.
The fire limit concentration is a range, but it is not a value. It can only start within this range, and it will not work if it is high or low.
If this problem occurs, you can check whether there are any oil stains between the spark plug electrodes. If it is cleaned and installed, it can start. The thorough method is to check the ignition system to eliminate the reasons for low ignition energy, such as spark plug electrode gap, ignition coil energy, high-voltage line status, etc.

This situation is more likely to happen in winter when the weather is relatively cold and the temperature is relatively low.
Those car owners whose home and work are relatively close, their cars are used less frequently, the water vapor produced by the combustion of the engine freezes on certain parts of the exhaust pipe, and the heat of short-distance driving is not enough to melt the ice. After one night, more ice has formed, and the cycle time will affect the starting and exhaust of the vehicle. Therefore, the car should not be driven, and should not be left in the corner all the time.

In addition, the reason for the failure to start in winter may also be the addition of water or low-quality antifreeze, which caused the waterway to be frozen and even the engine was frozen and cracked, and the car’s water pump could not work and could not start.

What to Do If Your Car Won’t Start in the Cold?

In general, the difficulty of starting a car in winter is mostly caused by battery power loss or expiration of battery life. When the battery power is insufficient, the speed is weak when starting the car, and only a click sound is heard, and the click sound will gradually become a click sound when the fire starts again. Avoid continuous ignition to avoid exhaustion of the battery.
Do not park the vehicle for a long time in winter. Generally, the vehicle should be driven out for a full circle after parking for a week, so that the battery power can be effectively replenished.
The nominal service life of the battery is generally 2-3 years, and the maintenance-free battery generally has to be replaced in 2-3 years, and the water-filled battery can even be used for 6-7 years under good maintenance. Frequently check the electrolyte capacity of the water-filled battery If the battery does not leak but the electrolyte is lacking, please replenish distilled water in time.
Of course, in this case, you can also use a jump starter. Now the jump starter can not only start the car, it is convenient to carry, but also has many auxiliary functions. For example, the jump starter produced by Grepow can not only jump starter 3.0L ~ 9.0L diesel vehicles and gas vehicles, but also Air INFLATOR, LED, multiple sockets (which can charge your mobile phones, Bluetooth headsets, etc.), and also have wireless charging functions, etc. Customized services are also provided.

In winter, as the temperature drops, the viscosity of the oil will increase, and the oil will flow difficultly, which will increase the resistance of the engine.
If it is difficult to start, please check whether the oil label is wrong.
Engine oil marking includes two parts: classification and viscosity specification. At present, most of the engine oils on the market use SAE and other grades to mark the viscosity. SAE is the abbreviation of “American Society of Automotive Engineers” in English. For example, in 5W-40, “W” means Winter, which refers to the low-temperature viscosity grade of the oil. The smaller the number in front of it, the better the low-temperature fluidity of the oil, and the lower the ambient temperature available for use. The better the protection of the engine during cold start. The number after the “-” sign is the high-temperature viscosity grade of the lubricating oil. The larger the number, the greater the viscosity and the higher the applicable maximum temperature.
If you originally used 5W-40 oil, you can consider switching to 5W-30 or 0W-40 oil in winter to reduce the oil viscosity and make it easier to start

3. Replace the spark plug in time

After several years of use, spark plugs are likely to cause problems such as carbon deposits, leakage, excessive gaps, and ablation, which will cause difficulties in the car ignition. Cold start and even hot engine start are difficult and often require multiple ignitions. Therefore, please check the status of the spark plug and replace it in time if you drive to a certain number of kilometers or if you feel that the vehicle is difficult to start, drive weak, jitter, increase fuel consumption, or inexplicably stalled.

What do you think you need to prepare for driving in winter? If you need a portable jump starter, please contact us as soon as possible!
Email: [email protected]
jump starter: https://www.grepow.com/page/jump-starter.html