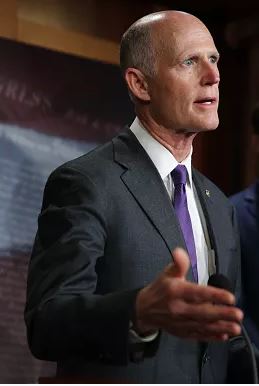 Florida Senator Rick Scott says no Americans should ever buy another product made in Communist China.

“When anyone of us just even considers saying ‘You know what? It might be a little bit cheaper to buy that thing from China’ just remember they helped make sure Americans died.”

He says China intentionally hid the details about COVID-19 after it started in Wuhan.

“They intentionally did not tell us what was going on. They knew what was going to happen. Americans would die and (the) American economy would get hurt.”

Scott has introduced a bill that would make it easier for you to know if something you’re about to purchase was manufactured there.

“I’ve got a bill that will require our online retailers, like Amazon, to tell us where these things are made…where the apps are made, like TikTok, it’s a Chinese app. Why are we helping them?”

Scott says we should be helping Americans get jobs by purchasing American-made products.

Leave a reply Click here to cancel the reply